Welcome to my website. It is still a work in progress and only represents a small portion of all my works. It may seem somewhat chaotic but hopefully in time I will tidy it up and add more images old and new. I hope you enjoy browsing through my pictures. 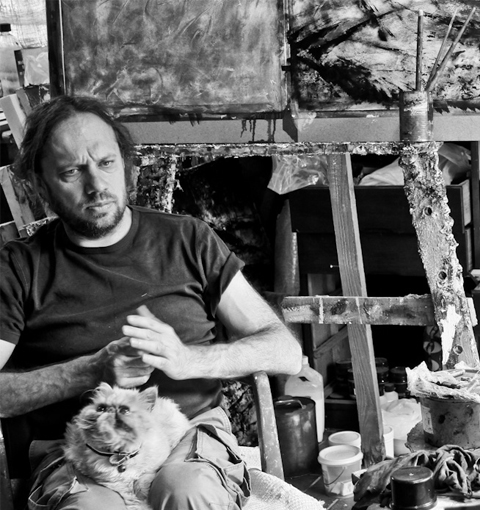 Artur was born in Wroclaw, Poland, moved to Australia with his family in 1987.

Artur started his formal fine arts education at Secondary Vocational College of Graphic and Visual Arts in Wroclaw which he attended between 1977 and 1982. From 1982 to 1987 Artur continued studying at the State Academy of Fine Arts, where he specialized in graphic design, graphic fine arts and painting. In 1989 Artur studied painting at a postgraduate level at Chisholm Institute of Technology, Melbourne.

Artur lives and works in Melbourne.

For more than 25 years Artur has been a practitioner of Zen meditation. His interest in fine arts has mainly to do with the unique qualities of the transformative process of creation which “impacts on me as a person as well as my relationship with the world”. Its main characteristic is openness to the new which can only be guaranteed by the right state of mind, where “I” dissolves in the process of creation, as described beautifully by Nietzsche:

One listens, one does not search, one accepts, one does not ask, who is giving, like lightning a thought flashes up, with necessity, without hesitation with regards to its form – I never had a choice…

For the last sixteen years, this experience, by exposing other people to it, has allowed Artur to facilitate many art projects of which one of the main aims is to improve the quality of life of their participants. Artur has worked with people who live on the fringe of the society as well as sufferers of neurological and mental illnesses.

His own art practice plays an essential part in the cultivation of spontaneity in his relation to life as a whole. Artur feels a special affinity with the expressive style of art representation bridging between abstract and figurative. Rich textural surfaces combined with strong colours and suggestive forms engage the perception into exploration of the meaning.